3rd Rock from the Sun
Register
Don't have an account?
Sign In
Advertisement
in: Main Characters, The Solomons

The Solomons (or the Cougars when referring to their unit name) are a 'family' of four (at one point there were five) extraterrestrials that came to earth to study humanity. The Solomon family includes;

The Solomons come from a 'barred spiral galaxy on the Cepheus-Draco border'. They do not appear to have any superhuman or supernatural powers, or if they do they are forbidden to use them. For the purpose of the mission they are not allowed to interfere in the fate of planet Earth in any way. Later this is modified when Dick decides that they can make 'minor changes'. However this usually involves circumstances that concern his relationship with Mary Albright.

When the group arrived on Earth they decided to live in Rutherford, Ohio, they search for a place to live. Finally they found a small, cramped and dilapidated one bedroom attic being rented out by Mrs. Dubcek. Only Dick has a bedroom. Sally's bedroom is, in fact, Dick's closet with a bed in while Tommy sleeps in a "uninsulated alcove overlooking a toilet." Harry sleeps in the utility room on top of the washer/dryer.

They adopt the surname 'Solomon' in order to pose as a human family. The name was chosen quite by random - they saw it on the side of a truck. In fact Harry once said of their name "To think, we could have been 'The Walmarts'!"

Dick is the High Commander and, for the purpose of the mission, he takes a job as a physics professor at Pendleton University. He is in effect the family breadwinner, which reinforces his position as High Commander. He shares an office with Anthropology Professor, Dr. Mary Albright, with whom he has an on/off relationship.

Dick is loud, pompous, arrogant, utterly self-absorbed, an egotistical brute, he loves being center of attention and hates to be left out of any activity that is going on around him.

For the purpose of the mission Dick is brother to Sally and Harry, and is Tommy's father.

Sally is a highly trained military officer and weapons expert. Her role is head of security where the mission is concerned and also second-in-command to Dick. She is frequently referred to as Lieutenant by the other members of the unit suggesting her rank. When the crew arrive on Earth she is also assigned the role of being 'the woman', apparently because, according to Dick she 'lost'. This causes her no end of frustration as she is clearly the most outwardly macho of the group.

Her choice of close companionship reflects her military bearing and training, but also bad judgement. Although she dates several eligible types, she can't resist the lure of a man in uniform and finds true love with local policeman, Officer Don - who suffice it to say is beneath her in practically every department and not just physically.

For the purpose of the mission Sally is sister to Dick and Harry as well as Tommy's aunt.

Harry is the 'Communications Officer' due to the fact he has a transmitter in this head for communications to, and from, the home planet.

When the aliens arrive and settle themselves in at Mrs Dubcek's apartment, he volunteers to draw up an itemized inventory of which common household products are toxic and which are not. He does this by consuming each and every one.

In terms of romantic and/or sexual encounters of the alien/human kind Harry easily has the upper hand on the other member of the mission. He is the first among them to experience that human sensation of 'getting laid'. He has dalliances with countless women - and possibly one or two men. However his most successful relationship was with Mrs. Dubcek's daughter, Vicki.

For the purpose of the mission Harry is brother to Dick and Sally and uncle to Tommy.

Tommy arrives on Earth as the oldest member of the mission yet he is assigned the role of Dick's teenage son. He is third-in-command, and is the 'Information Officer'.

He enrolls at High School where he excels academically, has a few romantic trysts and succeeds in making friends with other students. He has two important loves during his six year stint. His first girlfriend is August, who is smart and intelligent like Tommy, but also cold, domineering and reserved. Their relationship peters out. He later starts dating the bubbly and lovely Alissa, who is far more tolerant and forgiving.

For the purpose of the mission Tommy is nephew to Sally and Harry and son to Dick.

Janet Solomon posed as the wife of Dick Solomon for a short while. While Tommy, Harry, and Sally, went for a short visit to the home planet, the Big Giant Head decided that he did not want Dick getting married to Mary so he sent Janet to pose as his wife.

At first it seemed as though Janet loved Dick, she tried to be the best wife possible, completely taking over the house chores from Sally. Later however after Dick told her that she didn't need to love him she admitted to despising him. They ended on amicable and decided that this will just have to be their 'Big Giant Secret!'.

Janet left the Solomon household and made for Las Vegas. 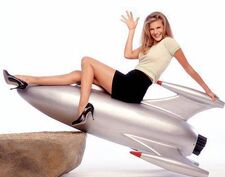 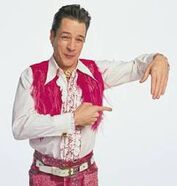 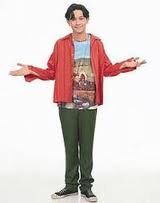 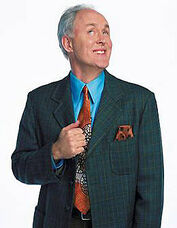 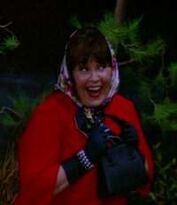